Language editing – what is it?

More than once I have had to explain that, although I work as a language editor at a translation agency, I don’t (generally) translate. It doesn’t even matter whether I mention my workplace first and then the profession, or vice versa – it still confuses the person I am speaking with: ‘What do you mean? They do translate at the translation agency, right?’

That’s right, the main thing a translation agency does is translate. However, to get a good result, this is not enough on its own. Even the best and the most experienced translators – who have no problem when it comes to understanding the source material and wording it flawlessly in the target language – may have moments when their mind wanders for a minute while their fingers are busy typing. The result can be something completely different from what it should have been! Not to mention all of those less experienced yet confident translators who may fall into the trap of visually similar spellings for a word. You might even say that they aren’t bothered by context. Whoever the translator may be, it is safer in any case if a second pair of eyes looks over the text. The best would be for an editor to work alongside the translator.

For the job to be done well, the editor, not to mention the translator, also needs assistance from the person who ordered the work (i.e., the client), whether with regard to the purpose of the translated text, required vocabulary, various kinds of style guides, agreements, explanatory illustrations, or similar considerations. The better defined the setting – or the framework within which the translatable text must fit – the more smoothly the job will go. One could start the list with formal vs. informal form of address, whether metric units should be used exclusively in technical texts or the client prefers that inches and ounces be retained for purposes of international harmony, whether other software strings have already been translated for the device in question and the new ones have to be consistent with the messages already displayed, etc. Of course, there are many more of these kinds of details that need specification. The ability to ask questions at the right point is important.

It is great when the client understands the need for such information and includes the supporting material along with the source text. If the order instead comes in only as a single file, which might, for example, be an Excel worksheet of alphabetically ordered software strings in which snippets of back-end commands are interspersed with lines of program code, the client cannot assume that the result will correspond to expectations and be ready to use as delivered. For example, when I fill in my phone’s calendar notebook, it offers me timeframes such as ‘From whom’ and ‘To where’ and not ‘Since’ and ‘Until’. Can you guess why this is the case?

Now let’s suppose that the client has been exemplary, feels responsibility toward the text, and has attached supporting material. The groundwork for a successful translation has been laid. Now, it’s time for the next factor to come into play: the translator. Experience, diligence, and keeping track of time are all equally important here. Leaving aside experience for a moment (since everyone has to start somewhere), I would like to stop to consider the last two aspects.

1) The translator must be able to plan the work time down to the minute. Many things at a translation agency are done with the same method a cobbler applies – ‘while you wait’. Whether within half an hour, an hour, three days, or three months, the work must be done by the exact time agreed. The translator must be able to predict how quickly the text provided can be translated. This means that with only a quick glance, the translator should notice the places where questions might arise and find out straight away whether there are any supporting materials associated with the job. Each misunderstanding creates a delay – and correspondence with the customer or their representatives may be time-consuming and often unsuccessful. Hence, the initial time calculation may no longer be adequate.

2) In addition to speed, diligence is an important quality for a translator. More important than knowing how to use the right punctuation marks for a list or to employ capital vs. lowercase letters in a particular place is following the instructions provided by the client. The game must be played according to the client’s rules; there is no artistic licence involved, and sometimes linguistic rules are secondary to other rules. Of course, one of the basics is that a diligent translator reviews the translation prior to submitting it, deals with possible errors in context or logic, checks the grammar and performs an automated quality assessment during which any repetitive sentences are addressed, and makes sure that all the numbers are correct. Nothing overwhelming!

These qualities are required of the translation-editor also. The day’s work is scheduled down to the minute, and if anything is late in arriving or turns out to require more work than expected, everything else could end up a mess. Customers demand that the agreements made be adhered to (and have every right to do so!), and then what happens is that the last phase (which is editing) needs to be done in a rush.

In describing the tasks of an editor, the Estonian Association of Language Editors leaves the impression that an editor is close to superhuman. I quote:

‘An editor corrects both grammar and style, adjusting the text according to the target audience and usage. The result should be smooth and easily understandable text.’

If needed, the language editor mostly

The language editor’s task can also include

An editor experienced in one field

The language editor usually does not make any changes to the composition of the text: does not change the order of the paragraphs, does not cut anything out. However, they may draw the author’s attention to weak spots the structure of the text.

However, there are times that more is expected from the editor: that they

Adhering to all of these points precisely requires time for contemplation and a good sense of the big picture. Both of these are in short supply at translation agencies. The editor may have well over 100 pages of text to deal with, and the required pace doesn’t leave much chance to alter something thoroughly. The only thing certain about translated text is that the original text is sacred, and all of it must be carried over to the translation – with preservation of the same logical order. In the case of poor quality original text, it doesn’t make sense to expect the translation to be better. In the case of source text that is already a translation, the result may be desperately funny.

Firstly, the most common issue is that the customer's expectations exceed the limits of the task. Translation is not creating new text based on the original. Neither the translator nor the editor has the right to rewrite the text to his or her liking. Since the customer is the owner of the text and responsible for its accuracy, staking their reputation on it, only they have the right to amend, supplement, clarify, and adapt it to the context. Hence, the translation agency has no authority to make changes that don’t fall within its area of competence, which it considers the correcting of mistakes, nor should they create grounds for any disaffection.

Secondly, the participants in the process may have been simply too busy, and, therefore, the text does not flow smoothly. The translator may have misjudged the time factor, and the editor had to skim and skip a few lines. In these conditions, a naturally diligent translator might still have managed to read the text through at least once and fix the bigger mistakes. If not following the customer’s directions is added to the equation – for example, a term base may not have been applied (this situation is quite common with technical texts) – then an editor has to do the work that the translator is responsible for, since no time remains to send the work back to the translator to correct the mistakes. In that case, there is not enough time to deal with style or wording, and the criterion of pragmatism comes in: if the concept in the translation is correct – albeit a little oddly worded – and that it doesn’t hurt anyone, or is a bit ambiguous, then that’s the way it stays. The general rule is that, whenever possible, the editor does not re-translate the already translated text.

There is also a third aspect: it may turn out that the customer doesn’t trust the translation agency or translator/editor and is, rather, seeking confirmation that they know better, based on their own feeling for the language. With this completely subjective ‘I don't like it’ assessment, there isn’t really much to go on. In the most extreme case, a discussion between the customer, translator, and editor commences, which includes explaining language rules, bringing up examples, quoting and referencing, and everything else that takes up everyone’s work time.

The language-editing included with translating is primarily a background activity – translation agencies are not commonly called translation and editing agencies – however, it certainly provides significant added value for all the texts involved. Perhaps it even adds to the reputation of the agency, if one were to think so broadly! I think that the lack of it is comparable to the lack of a janitor: this work being performed is taken for granted, while not doing it doesn’t go unnoticed.

Author: Mailis Salvet
A senior editor at Interlex Translations (since 2005) 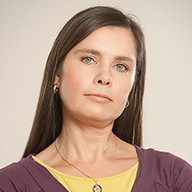